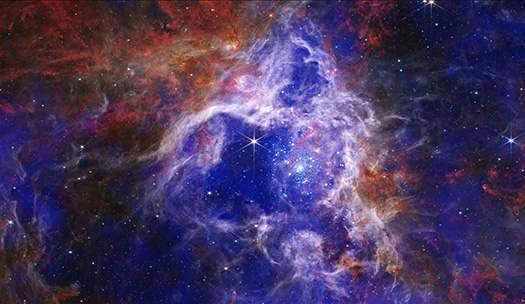 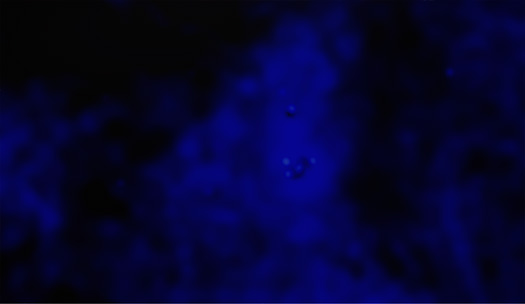 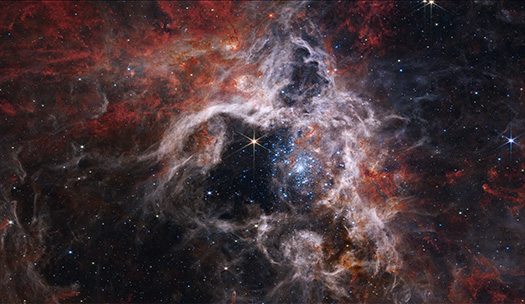 The largest and brightest region of star formation in the Local Group of galaxies, including the Milky Way, is called 30 Doradus (or, informally, the Tarantula Nebula). Located in the Large Magellanic Cloud, a small neighbor galaxy to the Milky Way, 30 Doradus has long been studied by astronomers who want to better understand how stars like the Sun are born and evolve.

NASA’s Chandra X-ray Observatory has frequently looked at 30 Doradus over the lifetime of the mission, often under the direction of Dr. Leisa Townsley who passed away in the summer of 2022. These data will continue to be collected and analyzed, providing opportunities for scientists both now and in the future to learn more about star formation and its related processes.

This new composite image combines the X-ray data from Chandra observations of 30 Doradus with an infrared image from NASA’s James Webb Space Telescope that was released in the fall of 2022. The X-rays (royal blue and purple) reveal gas that has been heated to millions of degrees by shock waves — similar to sonic booms from airplanes — generated by the winds from massive stars. The Chandra data also identify the remains of supernova explosions, which will ultimately send important elements such as oxygen and carbon into space where they will become part of the next generation of stars.

The infrared data from JWST (red, orange, green, and light blue) show spectacular canvases of cooler gas that provide the raw ingredients for future stars. JWST’s view also reveals “protostars,” that is, stars in their infancy, just igniting their stellar engines. The chemical composition of 30 Doradus is different from most of the nebulas found in the Milky Way. Instead it represents the conditions in our galaxy that existed several billion years ago when stars were forming at a much faster pace than astronomers see today. This, combined with its relative proximity and brightness, means that 30 Doradus provides scientists with an opportunity to learn more about how stars formed in our galaxy in the distant past.

The James Webb Space Telescope is the world's premier space science observatory. Webb will solve mysteries in our solar system, look beyond to distant worlds around other stars, and probe the mysterious structures and origins of our universe and our place in it. Webb is an international program led by NASA with its partners, ESA (European Space Agency) and the Canadian Space Agency.