Looking at the Team Behind the Science 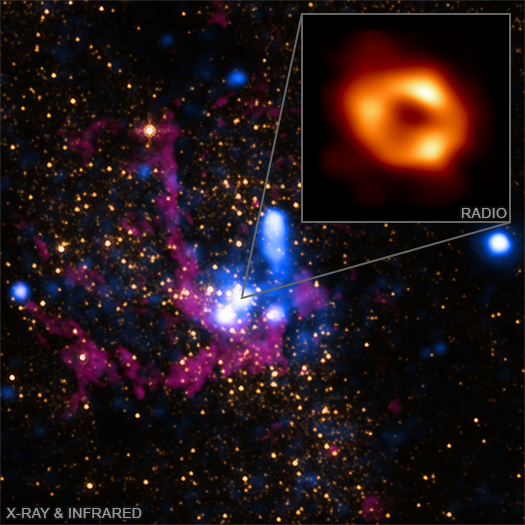 Many projects in astrophysics involve huge numbers of scientists and other collaborators — often ranging from senior professors to graduate students and undergraduates. A project like the EHT often requires smaller groups within these large collaborations to concentrate on different problems and questions.

The latest result about the Milky Way's central black using many different telescopes in concert with the Event Horizon Telescope (EHT) is an excellent example of such a successful web of groups working together with others in the project to make the sum even greater than its parts.

To learn more about the group behind the "multiwavelength" (MWL) observations that included Chandra and other telescopes, we asked Sera Markoff and Daryl Haggard, two of the coordinators of the EHT's MWL Working Group, a series of questions. 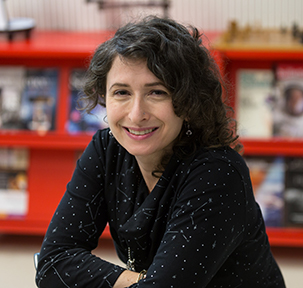 Sera Markoff is a Professor of Theoretical High Energy Astrophysics at the University of Amsterdam and a member of the EHT project and vice-chair of its science council. Professor Markoff is a graduate of the Massachusetts Institute of Technology and the University of Arizona, where she earned her Ph.D. You can learn more about her and her group based in Amsterdam at https://www.seramarkoff.com/ 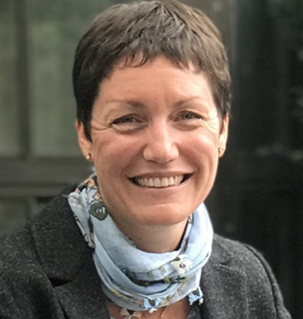 Daryl Haggard is an Associate Professor at McGill University in Montreal. Her research interests include studying the Galactic Center and the supermassive black hole that resides there as well as electromagnetic counterparts to gravitational wave sources and more. She is a graduate of St. Johns College in New Mexico, San Francisco State University, and received her Ph.D. from the University of Washington. Like Sera Markoff, she leads a group of early career scientists: https://www.dhaggard.physics.mcgill.ca/research-group

Sera Markoff: To support the scientific interpretation of EHT images by providing complementary information from observations at other wavelengths.

Daryl Haggard: To look at the broader environment (at larger spatial scales and multiple wavelengths) to better understand the EHT's horizon-scale targets, and also to connect these systems to SMBH observed across the Universe.

Chandra: Can you describe how your team came together? Was it because of the EHT project or were some people already working together before?

Markoff: Many of us worked together before because it's not a huge community, but our Working Group was formed in particular because of the EHT project.

Haggard: Lots of us come to the EHT collaboration with a particular target or set of targets that we have studied before, but the EHT binds us together and helps us organize our massive, international observational efforts aimed at understanding black holes.

Chandra: How does your team operate with people at different institutions and in different locations?

Markoff: This has been a really big challenge in a global collaboration. We do most of our work remotely, which was the case even before the pandemic. We try to hold regular telecons at a time zone that works from Hawaii to Japan to Europe. In practice, usually this ends up very early morning or very late night for East Asia. During the pandemic we needed to have some concentrated work periods called "busy weeks." We developed a staggered time zone approach where teams worked in grouped time zones and then handed over the "baton" to the next time zone, combined with daily plenaries with everyone together. This was exhausting but did seem to work.

Haggard: The multi-wavelength science working group has three co-coordinators, currently in Europe (Sera Markoff), Asia (Kazuhiro Hada) and North America (Daryl Haggard). With these three anchor points, we bring together scientists from all over the world, e.g., a recent MWL study we did for M87* involved 19 observatories (on the ground and in space), 760 scientists and engineers, and 200 different institutions. This is a colossal effort (and yes, a zillion Zoom calls), but it's also super fun and exciting. We're all so lucky to come together to share knowledge and expertise, and to study black holes (seriously cool).

Chandra: What has been the greatest surprise and/or success to arise from this team collaboration?

Markoff: Given the challenges of trying to write proposals for different instruments, and then, if successful, to line up schedules to co-observe with EHT, the fact that it works at all is amazing! But then in 2017 for our very first run, the fact that we managed to actually catch a couple of X-ray flares simultaneously with EHT was pretty incredible. Beginners luck?

Haggard: I am struck every time we meet by the depth of knowledge and incredible leadership from our most junior scientists, often still working on graduate degrees or in postdoctoral positions. They write proposals, plan and perform observations and analysis, write publications, engage the public… the whole game. They also bring fresh ideas and much-needed creativity and vitality to our team.

Chandra: What are the possible causes of the flares observed in 2017 and regularly seen with Chandra?

Markoff: There is consensus now that these flares are likely rooted in magnetic reconnection, a process that also powers flares in our sun! Similar to solar flares, magnetic fields in opposing directions can cancel out, and the energy released can go into energizing particles, which in turn results in an X-ray flare. How and where exactly these flares happen is still a big area of investigation.

Haggard: Though magnetic reconnection is looking more and more like the culprit, the scientific community has considered lots of ideas for what might drive the flares, including shredding of asteroid-size bodies, shocks, and gravitational lensing. Better data offer more ways for us to rule these ideas out, or sometimes imbue them with new life.

Chandra: What do you think are the most likely explanations for the lack of full agreement between the models and the data?

Markoff: Given how we're trying to model super complicated physics happening just outside of a black hole that's thousands of light years away, I actually think it's amazing our models do as well as they do! We had a lot of constraints and we found that many of our models passed almost all of them. The fact that they didn't pass all likely has to do with the fact that our models are still in development, and in some cases we made some approximations to simplify the calculations. I'm very confident that we will understand these issues in the coming years and end up with models that give a very good description of the data, probably for more than one scenario. And then we'll have to try to figure out which model is really the exactly correct one!

Chandra: A lot of Chandra time has already been spent observing Sgr A*. What is some of the scientific motivation for further monitoring with Chandra?

Markoff: It is definitely a challenge to convince Chandra TACs to keep awarding us time, at least for co-monitoring with EHT the case is very clear because Chandra has added important constraints for the models as well as caught a flare together with EHT, and we have yet to explore the changes in the variability in the mm-band, which is very rich science.

As for continued observing in general, the argument we have to keep coming back to is the fact that the processes we're interested in around the black hole can't be understood by a snapshot, we need long views of the variability and many flares in order to build a model of the whole phenomenon. It has taken decades, but the data we have built up by now are immensely constraining for our detailed simulations, and can help pinpoint if we are missing physics in our treatment of the surrounding plasma. However we still need better constraints particularly on the most interesting (and rare) events like large flares (how large can they be??) and are double peaked flares related to general relativistic light bending effects, in which case they can be used to probe the geometry.

Haggard: I'd liken this to other targets we've been observing for years, like the supernova 1987A – it's so close, it changes in time, and we learn so much by watching it across multiple wavelengths and many years. This is science at it's best, really diving deep and understanding in gory detail what makes Sgr A* tick. Even after all these years, it's a black hole that surprises and intrigues us and Chandra's X-ray observations continue to be one of our best ways of watching the SMBH in its native habitat.

Chandra: Please discuss any future plans your team has involving the EHT or outside of the project.

Markoff: The MWL campaigns we organize are ongoing for many of EHT's targets, not just the "horizon" targets Sgr A* and M87. We wrote a really amazing paper with over 700 coauthors last year in 2021 on the 2017 multiwavelength campaign for M87, and now we have several other papers in the works for other sources and other years!