A Space Jigsaw Puzzle: Coordinating Chandra With Other Telescopes

In July 2012, an event took place that gives us a chance to talk about several important aspects of Chandra observations involving coordination with other observatories, how they are done, and how they fit into the bigger picture of astronomical research. 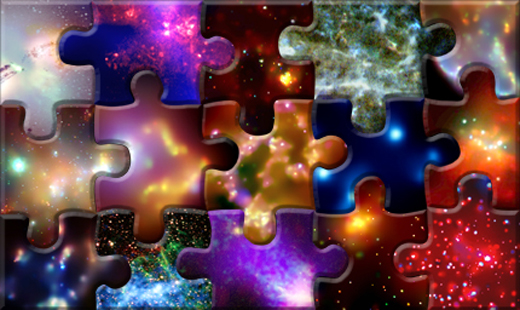 Coordinated observations are those that must be done by Chandra and one or more other observatories at approximately the same time. Astronomers often want to study objects with multiple observatories because their different capabilities --- especially in detecting different regions of the electromagnetic spectrum --- can provide insight that no single observatory can do alone. The need for coordination in time comes because so many objects in space vary over time. That means that observations taken too far apart could be less valuable because the object has changed substantially in the meantime. It's often important for all observatories involved to catch the object during a particular celestial event. In the current annual cycle, Chandra's 13th , for example, about 10% of the approved observations request coordination with another observatory.

Our proposal system allows Chandra users to require that their observations be taken in coordination with the Hubble Space Telescope, XMM/Newton, Suzaku, and the Jansky Very Large Array (JVLA, recently renamed from the EVLA). If judged scientifically appropriate by peer review panels, these coordinated observations are approved, and the staff at Chandra and the other telescopes will make every effort that's technically feasible to make them happen. If the scientific justification is weaker, or if ground-based observatories other than the EVLA are involved, the coordinated observations can be requested as preferences. In these cases, the Chandra scheduling team will try to achieve them on a best-effort basis. 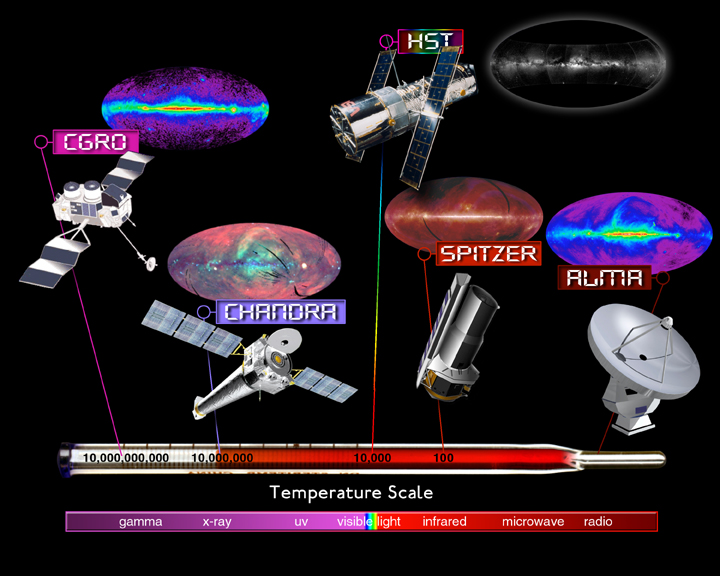 Across the Electromagnetic Spectrum

A motivation for coordinated observations -- other than scientific study of an astronomical object -- is the comparison of calibrations of different observatories. Scientists are always concerned how measurements made with different instruments compare to each other as well as the accuracy of an individual measurement, which is often very difficult to determine.

A particularly significant moment in the life of any new satellite is the time when it is first turned on and calibrated. For example, the high-energy astrophysics community recently celebrated the successful launch of NuSTAR (the Nuclear Spectroscopic Telescope Array) on June 13. After a few weeks of careful commissioning the new observatory was ready for calibration observations. One of the first targets chosen was the quasar known as 3C273. This quasar is bright and relatively nearby, at a distance a little over two billion light years. It also shows complex time variability, which means closely timed coordination with other observatories is very important if comparisons between different telescopes are to be most useful. 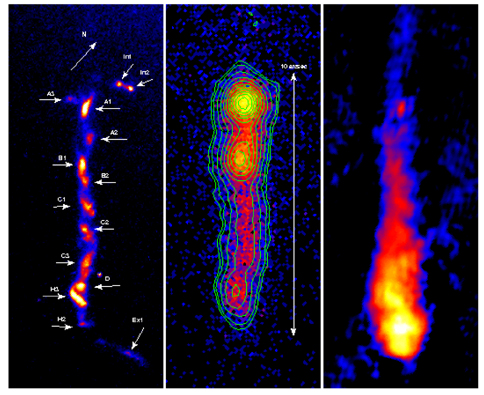 A target date of July 16 was set, and 3C273 was observed by Chandra, NuSTAR, Integral, XMM-Newton, and Suzaku. This total of five satellites is more than any of us working on Chandra can remember having been turned on a target simultaneously since the beginning of the program over 13 years ago. The coordinated scheduling of this many space observatories can be a thorny matter. Each telescope involved has a unique orbit, so the times for which a target is visible are different for each telescope.

In order to coordinate between telescopes, planners must identify times that are available for all the telescopes involved. Adding to this, all telescopes have to avoid any other constrained observations in their own schedules, as well as considerations that avoid the telescopes from getting too hot or cold that limit the length of time spent observing a target.

Deciding on a coordination window is usually a lengthy process of iterating back and forth via email with planners of the other telescopes. For this particular coordination, discussion between XMM, NuSTAR, and Chandra started a couple of months before the actual observation.

Chandra faced an additional complication: we are nearing the peak of the 11-year solar cycle, and are dealing with the frequent radiation events that come at these times. (Chandra, in a high orbit not shielded by the Earth's magnetosphere, is fully exposed to the effects of these solar storms, and must stop science observations during them to protect its detectors. See, for example, the discussion at http://chandra.si.edu/blog/node/338)

Just two days before the scheduled 3C273 observation we experienced such a solar storm, and resumed observatory operations just hours before the observation. (We were brought to a temporary halt by another storm just three days later.) Recovering from such a satellite shut down is a busy process. Chandra scientists and engineers must work together to come up quickly with a plan to resume observations. Since this process begins just after the satellite shuts down, it can require working late into the night or early in the morning. The recovery plan must be agreed upon, constructed, and reviewed as soon as possible, so that the time during which the satellite isn't making observations is minimized. Once this is done (and the radiation has dropped to safe levels), the new set of instructions is sent to the satellite so that it can resume observations.

All of this was successfully accomplished for the 3C273 observation last month. With this unusual and important data collection in hand, the calibration teams of all five observatories are now working to get NuSTAR off to a strong start and to refine the accuracy and consistency of measurements from all of them. We look forward to coordinating many observations with NuSTAR in the future as well as the many other great telescopes in space and on the ground.