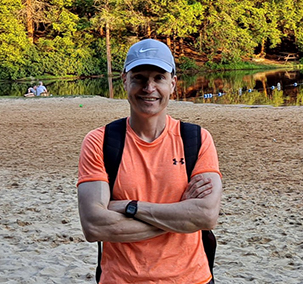 We are very happy to welcome Dr. Konstantin Getman as our guest blogger, who is also the first author of the studies featured in our latest press release. He received an honor master's degree in astronomy at Moscow State University in 1994 and his Ph.D. degree in physics and mathematics at Pushkov Institute of Terrestrial Magnetism, Ionosphere and Radiowave Propagation of the Russian Academy of Sciences (IZMIRAN) in 1999. Since 2001, he has been at the Pennsylvania State University where he is currently a research professor. His research is focused on star formation and stellar activity, about which he authored and co-authored 80 peer-reviewed publications.

The Sun is covered with magnetic field lines like an animal is covered with fur. These twisted and sheared lines store a lot of “free” energy. When solar magnetic lines of opposite polarity come close to each other, they interact, change their topology, and release free energy, causing powerful and eruptive events, that scientists call “flares”. These flare processes include acceleration of charged particles in the Sun’s upper atmosphere (called the corona), emission of large amounts of radiation in various energy bands (such as radio, microwave, optical, and X-ray), and launching of streams of plasma and magnetic field into space (called coronal mass ejections, or CMEs).

When a CME hits the Earth, it interacts with Earth’s magnetic field and atmosphere producing a geomagnetic storm. Such a storm can enhance Aurora Borealis lights (making them visible not only in polar regions but also in lower latitude skies), disrupt radio transmission, and cause global power outages. On March 13, 1989, a severe geomagnetic storm, associated with a large solar flare, caused a 9-hour power blackout in Quebec, Canada. Still, that solar flare was several times weaker than the Carrington Event, which is believed to be the most powerful solar flare ever observed by modern astronomers. The Carrington Event flare was spotted by British astronomers Richard Carrington and Richard Hodgson on September 1, 1859. Eighteen hours later, the associated CME struck the Earth causing an aurora spectacle across the globe and severely damaging telegraph systems across Europe and North America.

Recent surveys of older stars like our Sun in visible light using NASA’s Kepler mission suggest that once in 6,000 years our Sun may experience a flare that is 100 times more powerful than the Carrington Event.

In the current project, we study flares from young (less than 5 million-year-old) stars, which can be considered “young suns”. These flares are much more powerful than the Carrington Event flare, emitted by our middle-aged Sun (4.5 billion years old).

Young stars are typically born and raised in large families comprised of hundreds and thousands of members (called star clusters). Nurseries of such clusters are filled with molecular clouds that look like clouds in Earth's sky, but are made of mostly molecules of hydrogen. Stars form in these large molecular clouds and keep rapidly rotating and contracting for some time after their birth. Unlike our own middle-aged Sun, which is powered by nuclear fusion reactions in its core, young suns are powered by gravitational contractions as material continues to fall toward the center. Many of such stars are still surrounded by protoplanetary disks where young planets are still forming today.

Using NASA’s Chandra X-ray Observatory, we studied X-ray emission from over 24,000 young stars across 40 different stellar nurseries. Decades ago, X-ray astronomers discovered that young stars are much more magnetically active than their older siblings; we thus embarked on a hunt for extremely energetic flares that have never been observed in older stars like our Sun. We name these super-flares and mega-flares. The former are at least 1000 times and the latter are as much as 10,000,000 times more energetic than the Solar Carrington Event.

We have discovered and characterized the largest sample of super- and mega-flares from young stars ever recorded in the literature (over 1,000 flares). We have detected all X-ray mega-flares and a large portion of super-flares produced in those 40 stellar nurseries during the observations. Now, recall that once in 6,000 years the current Sun is expected to experience a flare that is 100 times more energetic than the Carrington Event. Our super-flare extrapolations suggest that the young Sun produced roughly 4-5 such flare events per day, equivalent to hundreds of Carrington Events bombarding young planets every day! We find that the young Sun also produced roughly two mega-flares per year!

Astrophysicists have recently calculated that stellar X-rays along with ultraviolet radiation are among the primary sources of evaporation of protoplanetary disks and primordial (mainly composed of hydrogen and helium) atmospheres of planets orbiting young stars. We estimate that mega-flares alone can speed up this process by at least 10-20%. CMEs associated with super- and mega-flares in young stars are also expected to be much more powerful than Solar CMEs. Unfortunately, it is notoriously hard to detect CMEs in stars other than the Sun. It is still debated how much havoc super- and mega-flare related CMEs can wreak on evolution of young planets.

Our modelling of some of the brightest super- and mega-flares from young stars indicates that these are often associated with extremely hot plasma confined within extremely large coronal magnetic loops. For instance, plasma in some of the hottest solar flares can reach temperatures of 30 million kelvin. Plasma in young super- and mega-flares can be a few times hotter (more than 100 million kelvin). This is 300,000 times hotter that the record temperature measured recently at Death Valley USA. The largest known solar flaring structures, termed X-ray streamers, never exceed coronal altitudes of more than half a solar radius. In contrast, our modeling results suggest that the young Sun (which was 2-3 times larger than the current Sun) possessed gigantic coronal flaring magnetic structures with sizes, easily reaching one but sometimes several stellar radii in height. A few current Suns could probably physically fit inside such a young flaring coronal structure.

Overall, our study suggests that none of us wish to be a nanny caring for solar toddlers who are just obnoxiously X-ray loud.