It's a fitting coincidence. Just a few months after celebrating the 100th anniversary of Einstein's theory of General Relativity (GR), we have just heard that gravitational waves, a key prediction of GR, have been directly detected for the first time. The February 11th, 2016 announcement by the Laser Interferometry Gravitational-Wave Observatory (LIGO) team is one of the most important moments in the history of astrophysics. Here, I discuss how observations with NASA’s Chandra X-ray Observatory and other traditional observatories help complement the detection and study of gravitational waves. 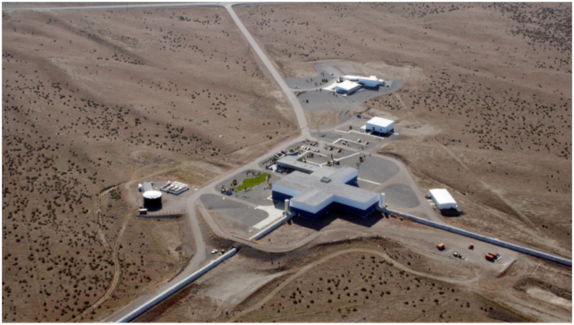 Gravitational waves are produced by violent events, such as the collisions and mergers of neutron star or black hole pairs, or the collapse and explosion of massive stars in supernovas. As a September 2015 news release by LIGO eloquently explains,

“These events are so cataclysmic that when they occur, they cause the very fabric of space itself to vibrate like a drum. The waves of rippling space-time emanate in every direction, traveling at the speed of light, physically distorting everything in their paths.

Indirect evidence for gravitational waves had been found before. The most famous example earned a Nobel Prize for Russell Hulse and Joseph Taylor, who discovered a pair of neutron stars in close orbit. The shrinking separation between these two stars is precisely explained by energy lost as gravitational waves are emitted.
An example observed with Chandra involves the shrinking separation between a pair of white dwarf stars. 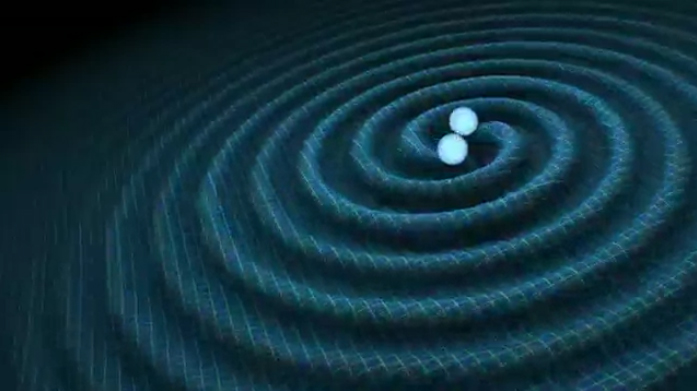 “… the farther they travel from their source, the smaller and smaller the ripples become until, by the time they reach the Earth, the spatial distortion caused by the waves is on the order of a billionth the diameter of an atom! This unimaginably small movement is what LIGO’s detectors are designed to sense.”

Observations with traditional observatories have been crucial in identifying the types and abundance of objects that should produce gravitational waves. As mentioned earlier, key targets for detecting these waves are collisions and mergers between two black holes. LIGO is sensitive to mergers between stellar-mass black holes, which have been observed to weigh between about five and twenty five times the mass of the Sun but, as LIGO has shown, they can be heavier. Until LIGO's recent observation, a black hole merger had never been observed. However, mergers between two neutron stars or between a black hole and a neutron star have likely been observed before with the detection of so-called “short gamma-ray bursts” using, e.g. NASA’s Swift satellite and following up with Chandra and other observatories. These events, along with longer lasting gamma-ray bursts from the collapse of massive stars, have generally been considered to form a black hole.

Recent work suggests that the phenomenon of gamma-ray bursts may be more complicated than previously thought. Observations with Chandra and other X-ray observatories suggest that a significant fraction of gamma-ray bursts might be caused by the formation of neutron stars with very strong magnetic fields, known as magnetars. This would mean that the contribution of magnetars to gravitational wave signals would be larger than previously thought.

Double stars are not the only objects expected to produce gravitational waves. Observations of the Vela pulsar suggest that this neutron star is precessing as it spins. This may imply that the neutron star is slightly distorted, making it a persistent source of gravitational waves and a prime target for future detectors of these space-time ripples.

As explained by the LIGO team, the astrophysics enabled by their instrument will address science questions such as “how abundant are stellar-mass black holes?”, “what is the central engine driving gamma-ray bursts?” and “what happens when a massive star collapses?” Perhaps even more significantly, they will provide unprecedented tests of GR. However, LIGO will not be sensitive to slower, but even more powerful events such as mergers between two supermassive black holes. For these events, projects such as the North American Nanohertz Observatory for Gravitational Waves (NANOGrav) and the Parkes Pulsar Timing Array, are needed. These exciting projects are both in operation, but have yet to make a detection of gravitational waves.

Going further, astronomers have studied one exotic, possible outcome of supermassive black hole mergers. Using Chandra, the Hubble Space Telescope, and ground-based telescopes, astronomers have found evidence for a supermassive black hole that is being ejected from its host galaxy. The black hole may have collided and merged with another black hole and then received a powerful recoil kick because more gravitational waves were emitted in one direction than another. If this mechanism is indeed the correct explanation then, as theorist Avi Loeb explained in a blog post for us, this black hole provided the “first observational validation of Einstein's equations in the unexplored regime of dynamical strong gravity, which is responsible for gravitational wave kicks.” 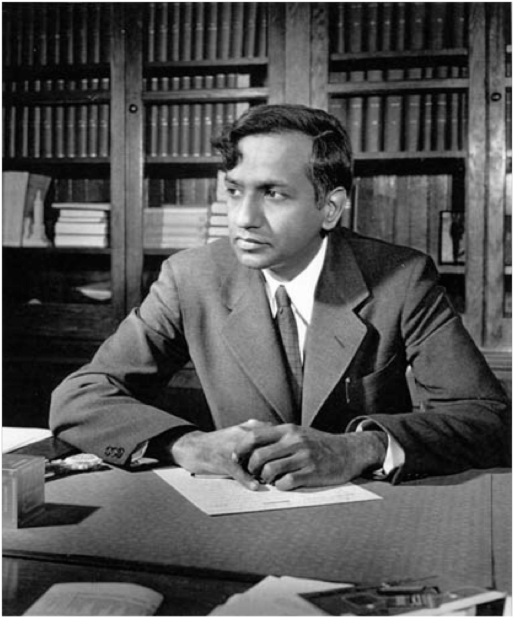 Beyond the science, there is one special, historical connection between the Chandra X-ray Observatory and gravitational waves. The observatory was named after Nobel Laureate Subrahmanyan Chandrasekhar, shown in Figure 2, who did important theoretical work on gravitational waves, beginning in 1970 and extending right up until the year of his death in 1995. It’s apt that the observatory named after him has gone on to observe so many objects that are producing – or will produce – gravitational waves. Theorists like Chandrasekhar have laid the foundation, now it’s time for the observers to surge forward with groundbreaking science.