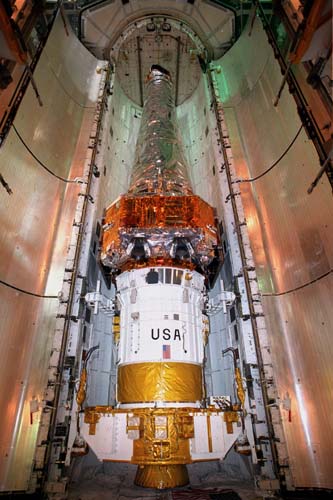 The size and weight distribution of the Chandra X-ray Observatory and its booster (called the Inertial Upper Stage, or IUS) posed extra risks for the crew of STS-93. Space Shuttle Columbia was the heaviest shuttle and the bulk of the weight from the two components in the payload bay – the heaviest ever to fly -- was located in the aft of the Shuttle. This meant it could be extremely dangerous – or fatal -- if for some reason, they had to return to Earth with Chandra and IUS in the payload bay.

"Because of the weight, it made our abort scenarios less survivable. It was very risky as far as the heavy payload," said Collins of STS-93. "But we trained for those cases."

Coleman remembers feeling the significance – and finality -- of what STS-93 was trying to accomplish by putting Chandra into orbit before launch. Recalling the day they “buttoned up” Chandra in the Shuttle payload bay doors a day or so before launch, she remembers looking around at the room filled with those who had spent their careers designing and building the telescope.

“It was all of these people, and some of these scientists had spent 25 years waiting for these results. And we just knew that if we launch this, it would open up this new window,” said Coleman. “I remember saying, ‘I promise to take really good care of her, but I can’t promise to bring her home.’” 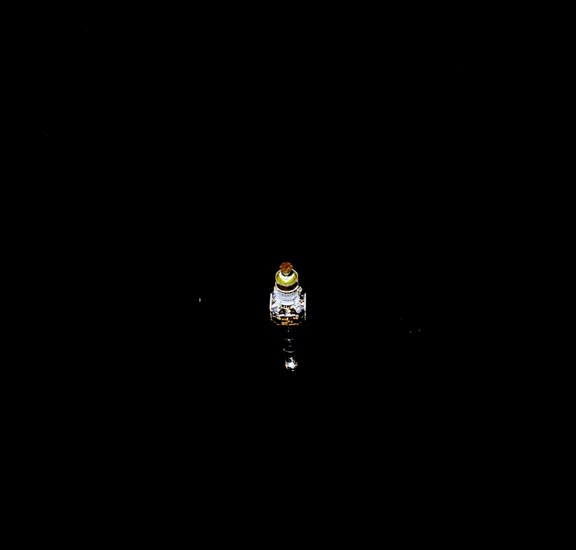 “For me, being part of the team that launched it, I just actually feel really, really lucky to be part of something that continues to live on, and send us data that takes us places that we couldn’t have gone if Chandra hasn’t launched,” said Coleman.

Both Coleman and Collins continued their NASA careers after the successful STS-93 mission. Collins went on to be the commander of the “return to flight” mission in 2005, following the tragedy of losing the Space Shuttle Columbia and her astronauts on board in 2003. In 2006, Collins retired from NASA but continued to serve on its advisory council as well as serving as a board member and consultant for a host of companies and organizations. She spends much of her time with her two children. 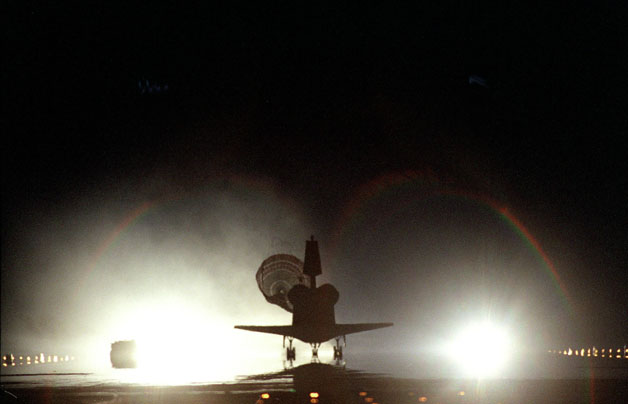 Following STS-93, Coleman became the Chief of Robotics for NASA’s Astronaut Office, which included robotic arm training and operations for all Space Shuttle and International Space Station missions. Coleman later served as an aquanaut (underwater astronaut) during the NEEMO 7 mission aboard the Aquarius underwater laboratory, living and working underwater for eleven days. In 2010, she boarded a Soyuz spacecraft for a mission to the International Space Station. In total, Coleman has logged more than 4,330 hours in space aboard the Space Shuttle Columbia and the International Space Station. When on Earth, she spends time with her husband and son. She still works for NASA and may, in fact, return to space again if ever given the opportunity.

You Can Do These Things

Only a very small number of people have ever left our planet and ventured into space. From their current locations back on their home planet, Collins and Coleman both reflected on what being an astronaut and a woman in the fields of science, engineering, technology, and math (STEM) has meant when it comes to being considered a role model and mentor. 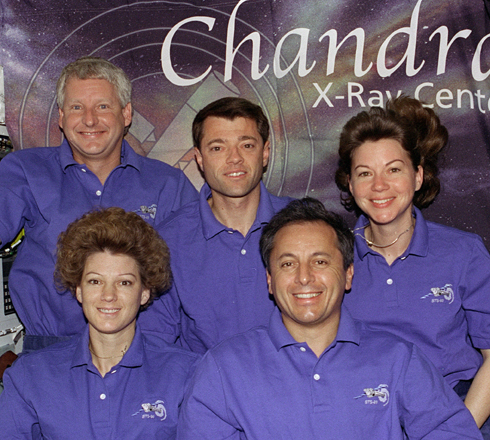 “Whether I want to be a role model or not, I am. And this applies to all of the women astronauts and pilots, there is no doubt that you are a role model,” said Collins.

Coleman recognizes that astronauts hold a very visible and often inspirational role for children and young adults in getting them into careers involving science and math.

"I find when I go out and talk, it's still not obvious to [girls] that they can be whatever they want to be. They still get a lot of mixed messages," said Coleman.

Collins has encouraged her own kids to seek out what they love. For her, it was flying and she feels grateful to have found it and to be of a generation that allowed her to pursue it as a job. Still, Collins acknowledges there’s still much work to be done in this area.

“I still hear young girls say, ‘I didn’t think girls could do that,’ and I just say, ‘what, where did you hear that from?’” said Collins. “It’s going to be an ongoing job for a couple of generations and then I think it will just be part of the mindset that, yeah, a young girl can grow up to be a scientist or an engineer or a pilot or an astronaut or an astronomer. You can do these things.”

Both Collins and Coleman have indeed helped paved the way for untold numbers of girls and women. They have shown that becoming a successful pilot, scientist, engineer, or astronaut has nothing to do with one’s gender and everything to do with intellect and desire. 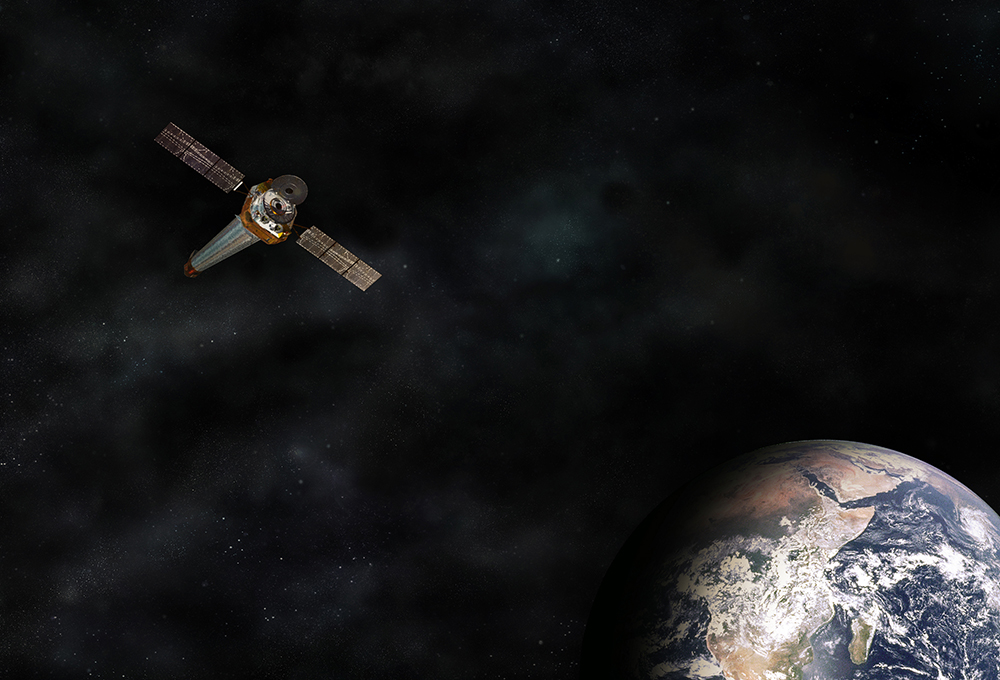 A full length article resulting from the interviews with Eileen Collins and Cady Coleman will appear in a forthcoming chapter of the non-profit Women in STEM Anthology celebrating Ada Lovelace Day, an international day celebrating the achievements of women in science, technology, engineering and math.

Subcategory:
Women in the High Energy Universe
Disclaimer: This service is provided as a free forum for registered users. Users' comments do not reflect the views of the Chandra X-ray Center and the Harvard-Smithsonian Center for Astrophysics.
Please note this is a moderated blog. No pornography, spam, profanity or discriminatory remarks are allowed. No personal attacks are allowed. Users should stay on topic to keep it relevant for the readers.
Read the privacy statement