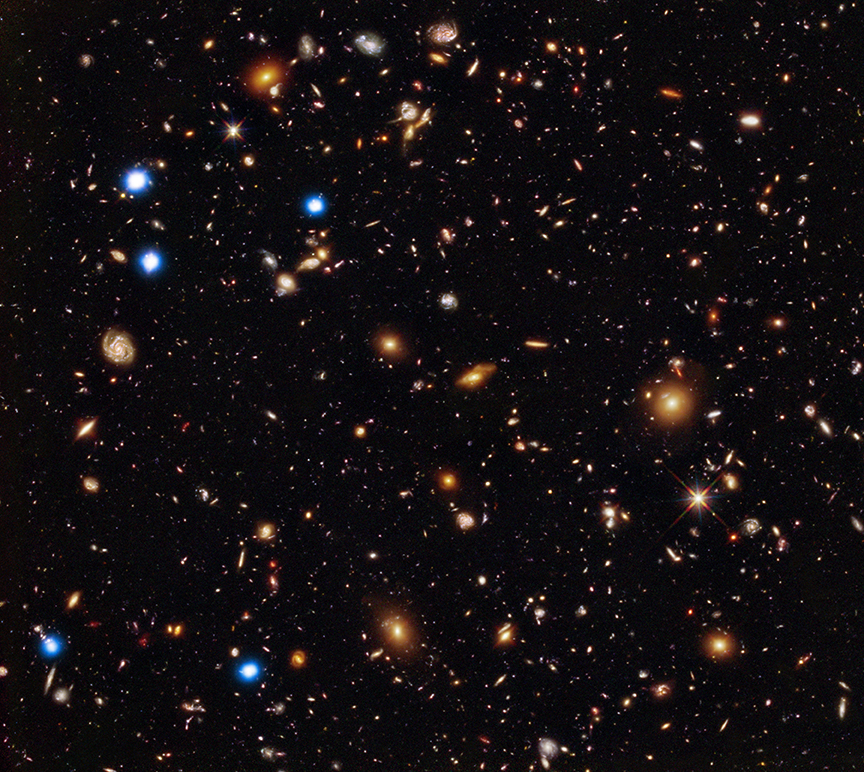 The finite speed of light means that we must always be out of date, no matter how hard we strive to keep up with the times. The term look-back time refers to the time in the past when the light we now observe from a distant object was emitted. For example, deep Chandra observations have detected X-rays that have been travelling through intergalactic space for billions of years since they were emitted by jets of gas that were likely produced by rotating supermassive black holes. With these data, astronomers use Chandra and other telescopes as one-way time machines that enable them to see objects as they were in the past.

In our personal lives, letters, photographs, and other documents serve as time machines as they stimulate the mystic chords of our memories, and send us traveling back into the past. I recently took an especially poignant trip back to the past when I received the sad news that Franco Pacini had died.

Franco and I first met many years ago as young postdoctoral researchers sharing an office at Cornell University. We soon became friends and would often spend weekends exploring the back-country around Ithaca, and going to auctions at small farms in the area. One of our purchases was an old toboggan, which we tested soon after the first snow, and quickly learned that neither of us knew how to guide it. Fortunately we were saved from serious injury by a snowdrift, but it made a lasting impression on Franco - he referred to it in the last email I received from him. We also shared family dinners. I remember one in particular where Franco demonstrated how to tell that the spaghetti pasta was done by flinging it against the ceiling. If it stuck, it was ready.

During the day, we talked astrophysics, and it was during one of those conversations that Franco showed me a draft of paper he was writing on energy emission from a rotating, highly magnetized neutron star. His argument went roughly as follows. Theoretical models for the evolution of a massive star show that, in the last phases of the star's evolution, the core collapses to form an ultra-dense object called a neutron star.