"On 23 October 2011 at 03:50 CEST, the German research satellite ROSAT re-entered the atmosphere over the Bay of Bengal; it is not known whether any parts of the satellite reached Earth's surface. Determination of the time and location of re-entry was based on the evaluation of data provided by international partners, including the USA."

(The full announcement can be found here – including an image of the dearly departed satellite.)

ROSAT was launched into space on June 1, 1990, and it was the first imaging X-ray telescope to do a full survey of the entire sky. According to the DLR, ROSAT (which is short for ROentgen SATellite) observed over 80,000 X-ray sources over its lifetime. 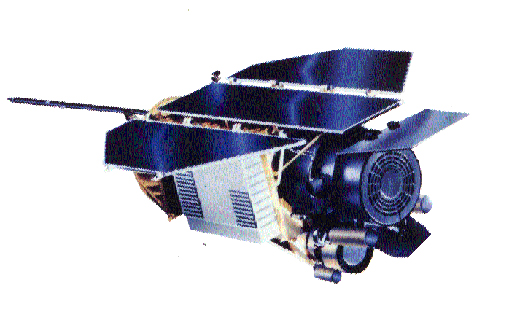 Astronomers who study the high-energy Universe still use ROSAT data today and much it is very complementary to the observations from today's flagship X-ray missions of Chandra and XMM-Newton. We even use ROSAT data from time to time to make more complete images for the public, including this recent release of the supernova remnant G299.2-2.9.

So while whatever remains of ROSAT's hardware is somewhere on the bottom of the Indian Ocean, its scientific legacy lives on.